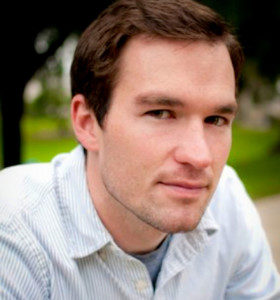 D.J. Carter graduated from The King’s Academy in 2003. He went on to Samford University where he got his undergraduate degree in Communication Studies. After college he decided to move out to California to pursue his dream of working in the entertainment business. He worked as an extra on about 25 different television and film projects resulting in him joining the Screen Actor’s Guild. He then decided to get his Master’s Degree in Television and Film Production at Loyola Marymount University in Los Angeles.

After graduating from LMU, he applied to the DGA Assistant Director Training Program which is a prestigious and very competitive training program that out of roughly 1,500 applicants the program accepts anywhere from 10-15 trainees. Over the course of 2 years he was assigned to work on shows like Silicon Valley, The Mentalist, Transparent, Castle and Brooklyn Nine-Nine. He embraces the challenges he faces with each television and film opportunity. Recently he graduated from the DGA Assistant Director Training Program and has now been accepted into the Director’s Guild of America as an Assistant Director.

In the fall, he will join the director team on the show “The Middle” where he will work as their new Assistant Director. He and his wife Holly Carter live in Los Angeles where he has been living now for the past 8 years. The King’s Academy Theatre Company’s Artistic Director, David Synder and his wife Rebecca will be visiting D.J. in the fall for a taping of The Middle.