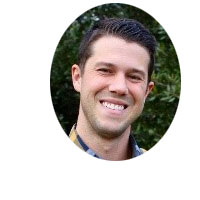 After graduating from TKA, where he was a standout on the varsity soccer team, Chafin attended Rollins College on a soccer scholarship. He then went on to the University of Pennsylvania for dental school, where he graduated at the top of his class with his DMD.  He followed that with medical school earning his Medical Doctorate (MD) as well as completing a 6-year oral and maxillofacial surgery residency both at University of Florida. Chris was also selected to serve as chief resident during his maxillofacial training.

Chris regularly spends time on medical missions trips.  The type of work we do at home and abroad has an enormous impact on people’s psychology, whether repairing cleft palates in Vietnam or doing oral reconstruction in Palm Beach Gardens.  Maybe the most interesting surgery I ever did was repairing a man’s entire cheekbone and nose after he had been hit by a stray bullet in a drive by shooting.  This innocent man, who was completely uninvolved, had his face wrecked.  I was able to rebuild it with a lifelike implant created on a 3D printer, practice the surgery on a model, and bond the implants to his native bone.  It was so gratifying to be able to use my training to impact his life!”