Currently, Zuchowski is the youngest male qualifier for the trials at 15-years-old. He is ranked 2nd in the nation among all 18 and under swimmers this season.

‘Josh has grown in his faith and in his sport the last couple of years. God has certainly given Josh some gifts in the pool, but Josh is not wasting those gifts. He is relentless in setting goals then setting new goals that aim higher and push him out of his comfort zone. ‘- Jonathan Zuchowski, Aquatics Director and Head Boys’ Swimming Coach

‘The thing that makes me so proud that Josh is one of our student-athletes is that he has demonstrated extreme commitment to getting better. There many student-athletes that want to be great but they do not want to work to be great. Josh’s appetite for the work is what sets him apart.’ – Dr. Chris Hobbs, Director of Athletics 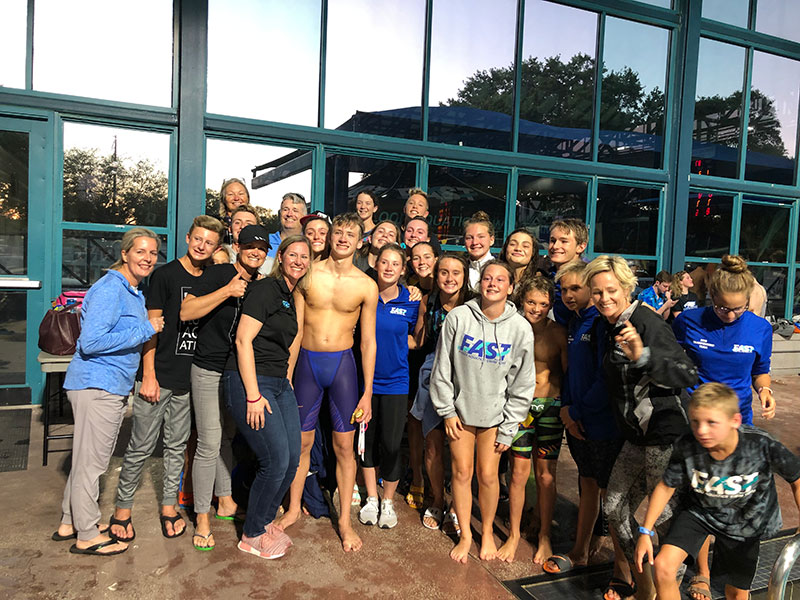 The King’s Academy Athletic Department strives to use ‘excellence in athletics’ to have eternal impact on its student-athletes. A member of the Florida High School Athletic Association, the ‘Lions’ have claimed 122 district titles, 40 regional titles, and 11 state championships. Student-athletes at The King’s Academy have gone on to successful collegiate athletic careers at some of the most accomplished universities in the country as well as professional athletic careers in baseball, basketball, football, soccer, and volleyball. The campus features facilities that would rival many small colleges; these facilities include the Loveland Athletic Center, Kahlert Stadium, the TKA Track & Field Stadium, and the Full-Page Aquatics Center. For more information about The King’s Academy Athletic Department, visit www.tkalions.net or follow on social media, @TKALions