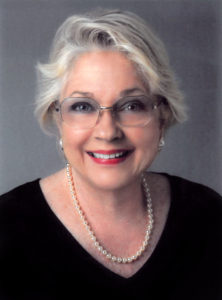 (West Palm Beach, FL) – The Esther B. O’Keeffe Charitable Foundation has made a $1 million donation to The King’s Academy to endow its pre-law program. This endowment will allow the school to expand its expert legal faculty and to provide merit scholarships. In recognition of the gift, the program has been named the O’Keeffe Pre-Law Studies Program. The gift will fulfill a previously announced matching challenge, providing an additional $500,000 endowment.

“We are very excited about the Pre-Law Program,” said Miss Clare O’Keeffe, executive trustee of the foundation. “We believe that it provides an excellent opportunity for students to learn about how Law impacts so many aspects of our lives.”

The Esther B. O’Keeffe Charitable Foundation was established in 1990 by the late philanthropist Esther B. O’Keeffe, wife of the respected surgeon and philanthropist Dr. Arthur O’Keeffe. The children now carry on the family’s charitable tradition by serving as trustees of the foundation, which supports a broad spectrum of entities including the arts, education, cultural programs, and medical research.”

“I cannot begin to express the magnitude of our appreciation to Miss O’Keeffe and the entire Esther B. O’Keeffe Charitable Foundation Board of Trustees. Their generosity will allow The King’s Academy to more effectively instruct pre-law students regarding constitutional principles and American exceptionalism—including individual freedoms and religious, political, social, and economic liberties— for decades to come.”                        -Randal L. Martin, TKA President

The O’Keeffe Pre-Law Studies Program creatively engages students in rigorous academic dialogue to develop critical thinking and communication skills. The King’s Academy piloted its Christian pre-law studies in 2016 and launched a full slate of classes in the 2017-18 school year. Currently, 130 students are enrolled in the O’Keeffe Pre-Law Studies Program. Coursework includes Introduction to Legal Studies, Criminal Law, Constitutional Law, Business Law and Ethics, and Oral & Written Advocacy. In May, TKA will graduate eight seniors that will earn a pre-law designation on their diplomas.

“We are so grateful to Miss Clare O’Keeffe and the Esther B. O’Keeffe Foundation for this generous gift which will allow our pre-law program to continue its growth.  There has been tremendous demand for the program since its inception just two years ago, and we have nearly doubled the number of students enrolling in pre-law courses since last year.”

The O’Keeffe family’s generosity is reflected in the names of many Palm Beach area facilities and programs. The Esther B. O’Keeffe Foundation has also supported the arts program at The King’s Academy by providing a significant gift to fund the construction of its performing arts center that opened in 2017. The theatre’s atrium is named the Esther B. O’Keeffe Lobby in recognition of the Foundation’s generosity.